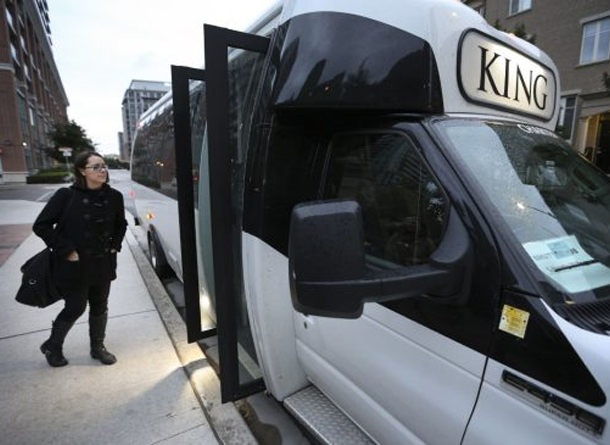 With the municipal election looming, transit seems to be the subject of all the Mayoral debates – whether it’s subway vs LRT or the viability of a Downtown Relief Line.

Regardless of who gets elected, the major new transit routes promised are many years away. However, two Liberty Village residents decided to take matters into their own hands and raised money through crowdfunding to rent a bus that will ferry Liberty Villagers to Union Station.

You may ask – why do they have to charter a bus when the King streetcar is so close? Anybody who’s ever tried to catch the 504 between 8 and 9 knows that you often have to wait for one, two, sometimes even three streetcars before you can get on. And even then, you are packed in like a sardine.

The Liberty Express made its inaugural run on Monday morning. Let’s see if the idea catches on!