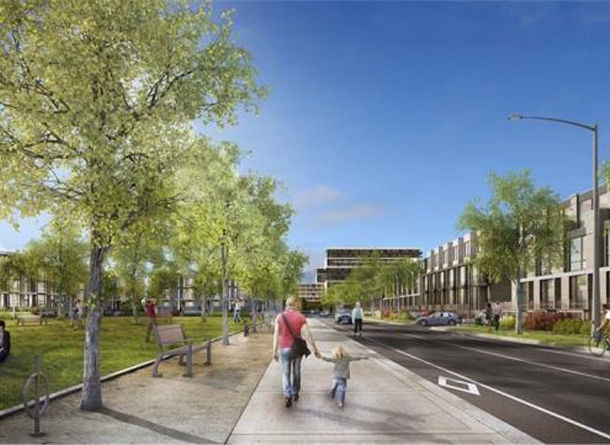 The first is Regent Park, which has been under construction since 2009 and is past the halfway mark. If you haven’t been to Regent Park lately, it’s worth checking out – with a new theatre, Regent Park Athletic Grounds and shops including a bank and a grocery store, it’s turned into a real neighbourhood. Construction isn’t yet finished but it’s scheduled to be complete by 2019. At that point, there will be 2083 rent-geared-to-income suites plus 5400 market units spread over 69 acres – a major undertaking by the Toronto Community Housing Corporation.

At the time, it was the largest redevelopment project in the history of the TCHC, but it’s about to be surpassed by the project at Lawrence Heights, which is north of Lawrence Ave. between Bathurst and Dufferin, near Lawrence West subway station.

According to urbantoronto.com, ‘All 1,208 of TCHC’s rent-geared-to-income units will be replaced by new subsidized housing, while an additional 4,092 market-priced units will be brought to the neighborhood.’

In addition to the housing, there will be a school, a community centre and a new park, plus access to Lawrence West subway station.