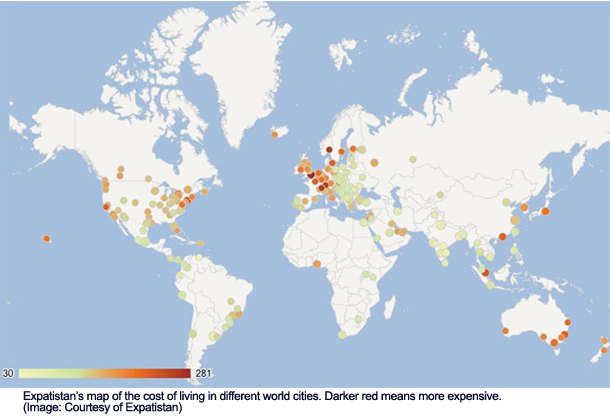 How does Toronto’s cost of living stack up against the rest of the world?

Although it’s not a competition, it’s always interesting to see how Toronto stacks up against other world cities. This time around, a website called Expatistan has ranked 194 cities according to the cost of living taking into consideration the cost of a flat screen TV, Big Mac and housing.

According to their calculations, Toronto is just the 32nd most expensive city which is more affordable than even Boston. It’s worth a look – and if you don’t agree with the cost of things in Toronto, you can put in your two cents.

London snagged the top spot as most expensive city but you may be surprised at where other Canadian cities rank on the list – Calgary and Vancouver are tied at 40th place and Winnipeg was at 95. Although many more cities are available for comparison, of the first list, Caracas, Venezuela clocks in as the cheapest. Rent is about $450 and utilities are $8 and it seems that you’ll pay an average of $1.84 to have someone clean your home.