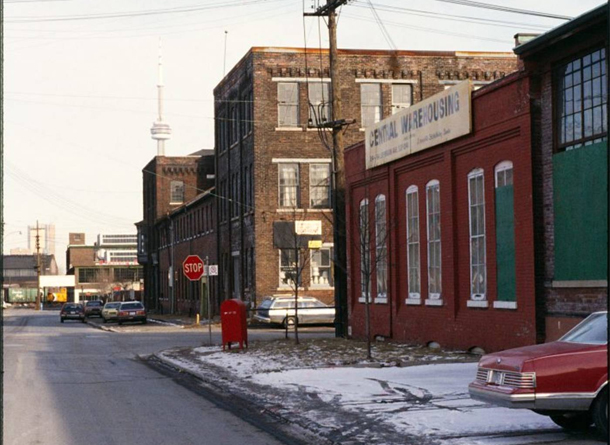 How are we going to save Toronto’s heritage?

There have been several articles published recently about Toronto’s Heritage buildings, or rather the threat they are facing. One was about the January destruction of the 1907 Bank of Montreal building at Yonge and Eglinton but with a larger theme about the city’s approach to preserving heritage buildings. In this piece from Edward Keenan, he points out that there is often more red tape when it comes to taking down a sick tree than to get a building torn down that’s potentially warranting protection from a Toronto developer’s wrecking ball.

The second item in the news is the threat to some of the historic buildings in Liberty Village. For decades, Liberty Village was one of the first homes to a Toronto jail and over the years, more an industrial part of the city until the mid 1990s when then-mayor Barbara Hall deregulated land use. It’s now home to thousands of residents. Land was sold off to a multitude of different developers who have been piling up residential condominiums.

Various archictectural critics have pointed out what’s wrong with the design of the many new condos being built there and while there is certainly room for improvement and growth, one of the attractions to the area is the sense of history it has.

The buildings at 58 Atlantic Avenue are on the city’s Heritage Register, but that doesn’t mean that they can’t be demolished. According to this piece on BlogTO, the developer is arguing that “the structures have been altered so heavily that they’re no longer worth saving.”

Heritage is a very complicated thing and there’s no right answer. While progress is inevitable, it doesn’t always have to be at the expense of our history. These are just two examples of where the city heritage policies have failed us, but there are many more… and, I suggest, more to come!

We need to figure out a better way to protect Toronto’s history. Speeding up the process for designating buildings as heritage is one step, but there should be a way to stop developers from demolishing buildings with historic value that haven’t yet received the designation. As well, there are many examples of developments incorporating heritage buildings such as this one at 36 Hazelton.

If finding a home/condo in a heritage, character building is of interest to you, please let me know as I’d be pleased to show you some of the options available to you. From conversions to facadism to complete re-builds, the choices are plentiful. Interestingly enough, most neighbourhoods in the core have particular residential buildings that strike a chord with those who appreciate the past history of our city… you just have to know where to look. !