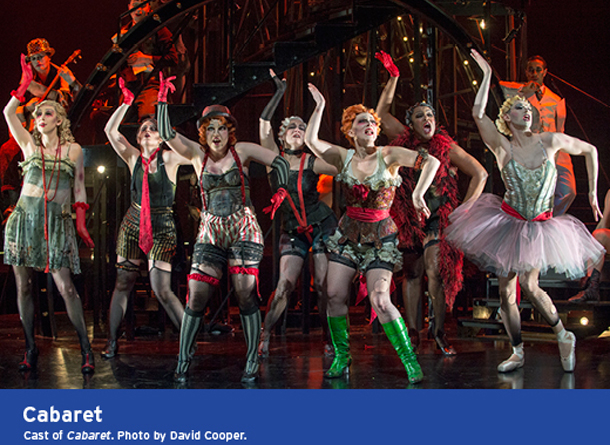 The next four months are an embarrassment of riches for theatre lovers!

Buyer and Cellar requires a bit of an explanation – Barbra Streisand has so many collectibles that she created a mall in her basement to showcase them all (true story – there are photos in her book!). Enterprising playwright Jonathan Tolins wondered what it would be like if someone worked there. The result is a hilarious one man show. Part of the Off-Mirvish series.

The Lower Ossington Theatre, which has been a musical powerhouse lately, is bringing Evita (October 16), Hedwig and the Angry Inch (September 12) and Spamalot (until September 21).

Canstage is presenting a tribute to Charles Aznavour (What Makes a Man) with Louise Pitre as well as bringing back Venus in Fur.

And of course, there is the Shaw Festival, which runs until the beginning of November, featuring Cabaret, The Philadelphia Story and a number of other great shows.