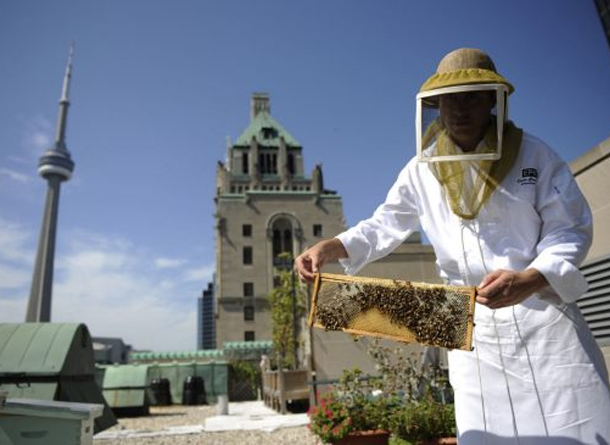 From a sweat lodge to a mini-putt course, what’s on the roofs over Toronto heads

It’s not uncommon these days to find a rooftop pool on top of a Toronto condo – both Verve and Thompson feature them, but one enterprising photographer found a mysterious hockey rink being built on top of an office building on Adelaide Street West!

The mystery has since been solved (it’s being built for winners of a Molson contest), but it turns out that something unusual being found on a rooftop is not unique.

The Star did a little digging and you may be surprised at what they found:

I don’t want to give everything away, so click here for more unusual things found on rooftops