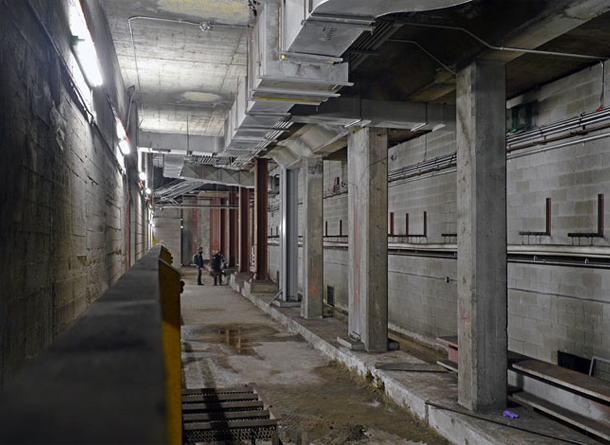 One of my favourite Toronto stories involves the construction of the Bloor Viaduct. Although it was built in the teens, decades before the city had a subway, designer Edmund W. Burke allowed for the track for the future subway. It’s a great story and shows how it’s possible to plan ahead.

It’s not the only time the TTC has started construction with the thought of future growth in mind. However, the other times it’s happened, the lines haven’t been built.

Spacing published an interesting piece earlier in September about a handful of other times this happened, prompted by the announcement that the TTC is roughing in a station underneath a planned 45 storey tower near Union Station.

When the city thought Queen Street would be the best place for an east-west line, a subway stop was built underneath the existing Queen Stop, but never finished as the subway ended up being along Bloor/Danforth.

According to the article, “Another conspicuous TTC rough-in is easy to spot at Kipling station. On the upper level, directly opposite the bus bays, there’s an area designed to carry a streetcar or light rail track. It was built in the late 1970s in anticipation of a light rail line to the airport that never arrived.”