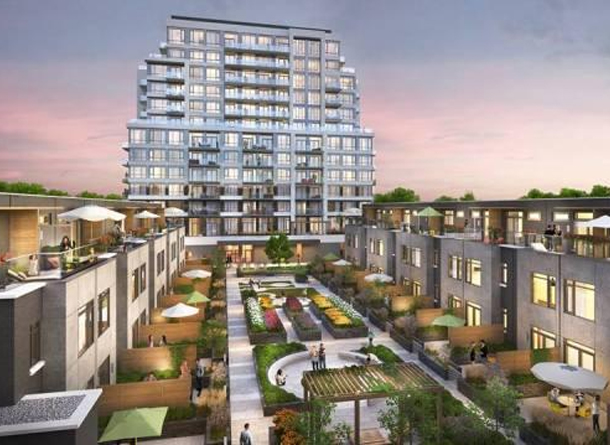 In the last post, I outlined some of the construction of condos at Bloor and Sherbourne, courtesy of Urban Toronto. However, there’s a massive amount of construction happening south of Bloor as well in some of the more underdeveloped areas of the downtown core!

That old Beaver gas station at Sherbourne and Wellesley is being developed into a 35 storey tower and they are planning 8 Habitat for Humanity units. As nice as it is to have a gas station downtown, I don’t think the loss will be too deeply felt.

If we go a little further south, there are buildings going up on Adelaide, east of Sherbourne. Ivory condos is a 19 storey tower which is nearly the end of construction. The is also the building next door which was recently demolished to make room for two new towers. The old building is still visible on Google Maps. It doesn’t look like a historical building and that neighbourhood can use more modern buildings (with retail underneath, fingers crossed) more than a factory.

One eyesore that could be replaced soon is the levelled Greyhound site at Front and Sherbourne – the city is reviewing plans for a 26 storey tower.

A little further south, at the foot of Sherbourne,  there is Aquavista at Bayside which is comprised of two lower towers (12 and 13 storeys) at the waterfront. While it’s a step forward that former industrial lands are being re-purposed, it’s a shame that the waterfront is being blocked yet again!