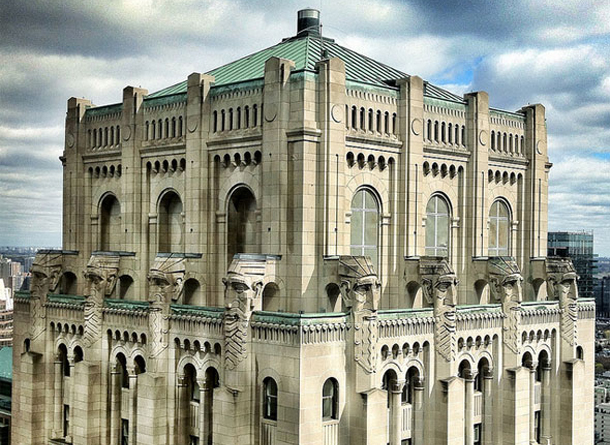 Doors closed: 5 Toronto buildings the public will never have access to

Well, hopefully you had a chance to take advantage of Doors Open! Despite the number of wonderful buildings that the public could view, here are five Toronto buildings that very few people, if any, ever get to see. The rooftop observation deck on Commerce Court North is particularly interesting with the giant sculpted heads.

According to a piece from BlogTO, the AGO used to open its vault of artwork to members (over 73,000 pieces), but unfortunately, they don’t do that anymore.

And did you know that underneath Scotia Plaza there are shelves of solid gold bars in a bullion vault? Other places we won’t get to see are TTC Transit Control and The Whitney Block on the east side of Queen’s Park. BlogTO reports that it was closed in 1968 due to lack of fire escapes, although one commenter says it’s just the upper floors that aren’t open. An interesting read!