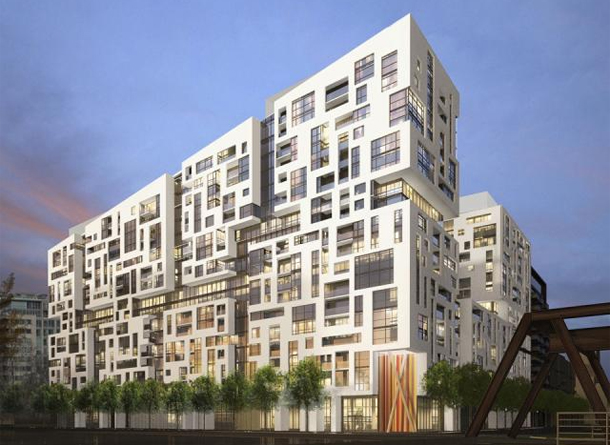 Condos in Toronto’s Entertainment District: Growth to Watch For in 2016

A number of condo buildings in Toronto’s Entertainment District are going to reach completion in 2016, which will bring literally thousands more people into the neighbourhood.

Among the notable buildings taking shape are the Thompson residences just east of Bathurst. Does anybody else remember the Travelodge there and the time they were trying to sell used mattresses? Hopefully some decent retail goes in the main level to keep the streetscape alive.

Picasso at Richmond and Widmer is nearly complete. Although it’s another tower, it has a few interesting architectural elements to it and it will dominate that part of the skyline for the time being.

Fabrik condos at Richmond and Spadina (get it? Fashion district? Fabrik?) is still advertising occupancy this spring. It can’t come soon enough as the hoarding has snarled traffic heading west on Richmond for months!

Of course, these are just the tip of the iceberg – there are many other buildings scheduled to break ground. One of the nicer of these is the Harlow at Richmond and Bathurst, which will replace a section of dilapidated row houses and be right beside an old warehouse that’s currently mixed-use. And there will be the Mirvish Gehry buildings going up at some point.

With any luck, the new residents who move in will be able to bike or walk to work – the King streetcar is already over capacity.

Click here for the full piece from Urban Toronto!