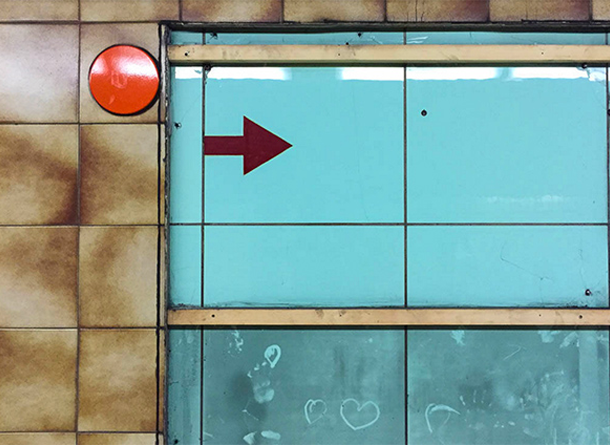 Anybody who has passed through College subway station has noticed those horrendous brown tiles! However, the station didn’t always look that way – when it was originally opened in 1954, the tiles were a robin’s egg blue and made of the futuristic sounding ‘Vitrolite’.

Why didn’t the TTC use the same tiles during the renovations? One commenter believes that it’s because the company went out of business and a quick web search shows that vitrolite hasn’t been produced in North America since 1947. However, that search also brings up one Tim Dunn, who as of 2008 had 15 tons of vitrolite in storage and is known as the America’s vitrolite specialist. Perhaps we can start a campaign to bring him up to Toronto so he can singlehandedly repair the tiles in our subway system!

In any case, if you want to see the original tiles at College Station, better head there soon!