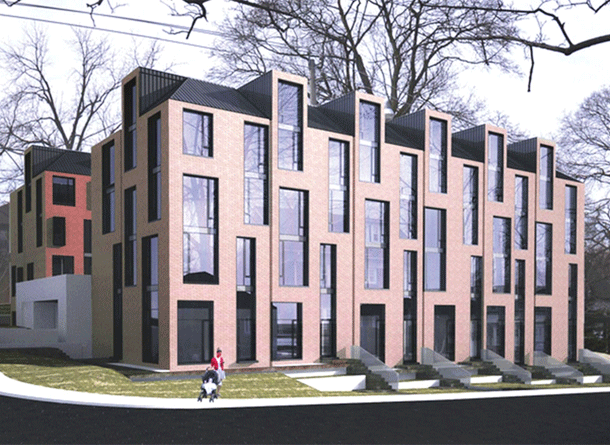 Are stacked townhomes the new condo in Toronto real estate?

With the average price of a detached home over $1 million and multiple millions in the more desirable Toronto neighbourhoods such as Rosedale, the Annex, Leaside and Forest Hill, developers are considering stacked townhouses in these areas that will allow families who can’t afford a detached home the opportunity to live in one of these great neighbourhoods.

As is usually the case, it’s no surprise that neighbours are against many of the proposals which they feel will change the character of the neighbourhood.

One particularly contentious development, according to this article from the Post, would be 22 townhouses near Yonge and Lawrence on a lot where three houses currently sit. If you look at the plot of land on Google maps, you can see that the corner house is on an enormous lot, which made sense when the area was developed over half a century ago and Yonge and Lawrence was the middle of nowhere.

However, with space being at such a premium in Toronto it only makes sense to add infill projects like this especially with such close proximity to the subway and the other amenities midtown Toronto has to offer. It’s a shame to tear down pre-war homes, but if they are not of historical significance it makes sense to allow for the growth of the city.