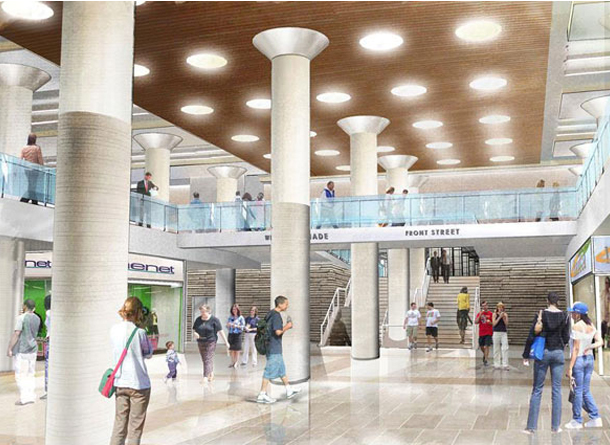 We are all tired of Toronto’s traffic congestion and a skyline of cranes due to the building of new condo developments in the city… but aside from condos being built, we’ve got so many other big projects are under construction here in Toronto and of course it seems like nothing is ever finished! However, with the arrival of the Pan-Am Games (July 10-26) there seems to be an extra push needed to finish them.

Among those scheduled for completion in 2015:

Union Pearson Express: Although there’s been some controversy as to the cost of the service, it’s a necessity for a city the size of Toronto! It’s scheduled to start running in 2015.

Union Station Expansion: The new GO platform and new basement retail level are scheduled to open at the end of 2015, putting an end to the construction that has created chaos in the area since 2010.

West Donlands: The athlete’s village will be filled during the Games and then refitted for residential use afterwards. Streetcar service on Cherry Street should also be starting in 2015.

Queen’s Quay: The reconstruction, which is creating a new transit right-of-way, upgrades to the Martin Goodman trail and a waterfront promenade should be completed in 2015, and the Spadina Union Streetcar will also be back.

Tunnel to Billy Bishop: The tunnel to the island airport is scheduled to open this winter, an 800 metre tunnel under Lake Ontario with four moving sidewalks that is expected to get passengers to the airport in six minutes. It recently won an award from the Tunneling Association of Canada!