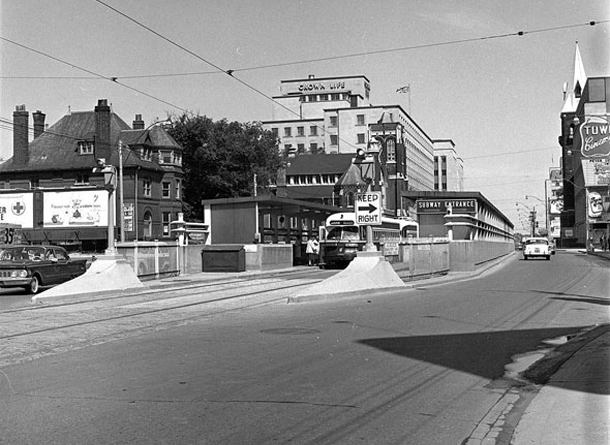 10 key Toronto intersections as they were 50 years ago

Before the Toronto condo boom, Toronto was a fairly flat city, even in the 1960’s. Here’s a fascinating photo essay detailing 10 Toronto intersections, including Yonge and Bloor, Dundas and Spadina and Yonge and Eglinton.

Yonge and Bloor is virtually unrecognizable, except for the Crown Life building in the background. This was before the Danforth subway line was completed, so it wasn’t nearly as busy an interchange as it is today.

Perhaps the most shocking is the Sheppard/Woodbine intersection, because it doesn’t even exist anymore. It’s part of Highway 404/401.

You can see the building at 415 Yonge Street being built in the background of the shot at Yonge and Dundas, which isn’t quite 42 years old.